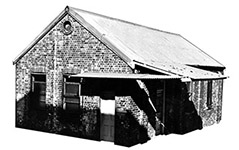 Allprint Graphics was established in 1960 as a screen printing company called Royelltone Prints, located in a small rented tin shed at Newtown. The technology was very basic, including the use of hand-cut stencils and hand printing tables. We did however have several McCormick semi-automatic screen printing machines – a couple of which are still in use today. 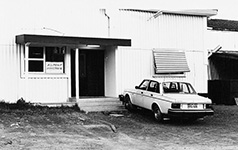 By the next year we had outgrown the shed and moved to larger premises, remaining in Newtown for another nine years. During this time the company’s equipment list expanded to include an Argon 30 x 40 press and Gilso jet dryer. At this stage some basic film work was also handled in-house. Due to continued growth, the company relocated to new bigger premises in Marrickville and changed its name to Allprint Industries. The early years here saw a number of changes, including significant equipment purchases, and branching out into offset printing.

In 1980 the company underwent a major restructuring program to improve efficiency, by reorganising production on one level and moving offices upstairs. However, only months after renovations were completed, in February 1981, a major fire completely destroyed the top floor of the building. Fortunately, the fire brigade did a great job covering and protecting machinery to minimise water damage and it’s due to their actions that Allprint is in business to this day.

Within a week of the fire the company relocated to Dulwich Hill and in 1983 saw a change of ownership structure, with the name being changed to Allprint Graphics. Years of continued growth led to relocating in October 1992, to much bigger purpose-built premises in Rydalmere. We have continued to update our equipment, with new digital pre-press technology, four-colour screen printing equipment and large format flatbed digital being just some of the new additions.

Allprint Graphics has become a complete service provider when it comes to the production of Point of Purchase material, and with our commitment to lead the market we are confident that the company’s future looks even brighter.